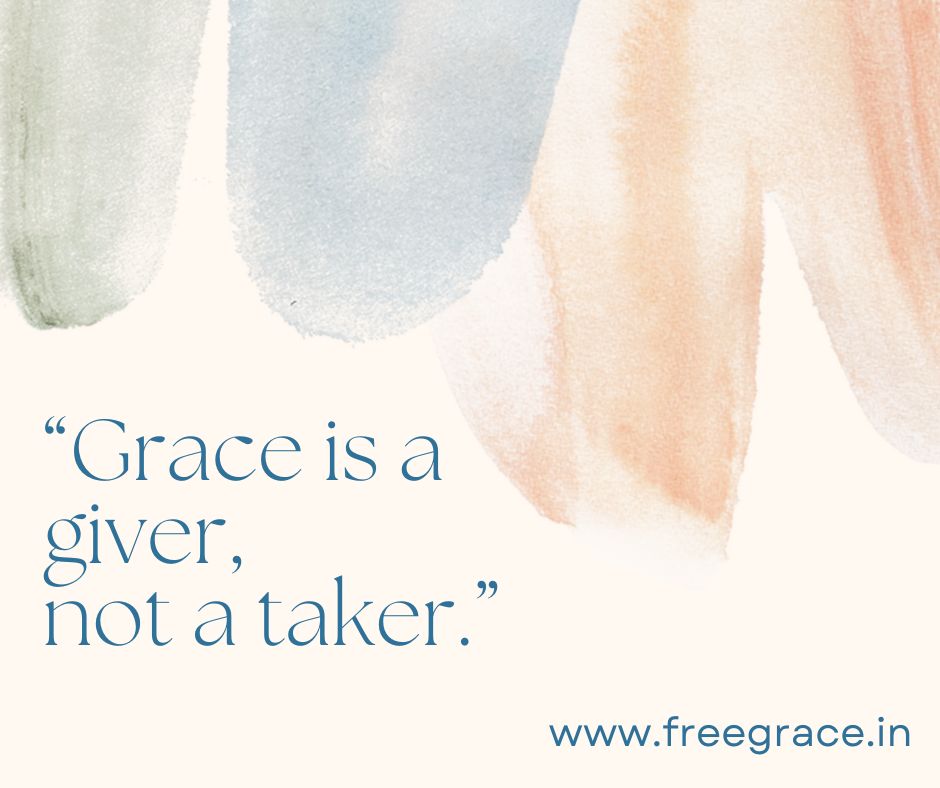 God Is a Giver

In his book, Give and Take, author Adam Grant divides people into givers, takers, and matchers.

On one end of the spectrum, there are takers who try to get as much as they can while giving as little as they can, out of every interaction, thinking that’s the best way to reach their goals.

At the other end of the spectrum, givers prefer to be on the contributing end, whether offering advice, help, or sharing knowledge.

But the vast majority of people fall somewhere in the middle:

“Most of us hover somewhere in between. That brings us to the third group of people, who are matchers. A matcher is somebody who tries to maintain an even balance of give and take. If I help you, I expect you to help me in return. [They] keep score of exchanges, so that everything is fair and really just” (see here).

If there are givers, takers, and matchers, where does God fall on that spectrum?

Grace reveals that God is a giver.

You wouldn’t know that based on all the legalistic and highly religious types of Christians out there.

In many versions of Christianity, God is depicted as a “taker.” For example, works salvation preachers deny that simply believing in Jesus is enough to have eternal life. They claim that believing means obeying, and say that being saved will “cost you everything.” Salvation requires obedience to God. The problem is, you never know when you’ve given enough. God always seems to want more. There are always more prayers to say. More people to reach. More buildings to build. More meals to skip. And, of course, more money to give. It’s an endless hamster wheel of performance-based religion.

And where financial stewardship is concerned, there’s no shortage of religious con artists who will use a works salvation scheme to guilt people into giving to a church or ministry. As Jesus warned, these abusers would “devour widows’ houses,” meaning they’d take those widows for everything they had (Mark 12:40). In that scheme, God is presented as a taker who will consume everything you have.

But if you believe in grace, you’ll have a completely different picture of God (or you should!).

Under grace, you know that God is a giver. That’s His character.

In fact, every gift comes from God:

Every good and perfect gift is from above, coming down from the Father of lights, who does not change like shifting shadows (Jas 1:17).

For example, God gave you the gift of Jesus. Paul encouraged us to think about that. If God gave you His own Son, what other good thing would He withhold from you?

He did not even spare his own Son but gave him up for us all. How will he not also with him grant us everything? (Rom 8:32).

Indeed, God gave the gift of His Son, to make it possible to give believers something else:

For God loved the world in this way: He gave his one and only Son, so that everyone who believes in him will not perish but have eternal life (John 3:16).

God makes sure that eternal life is a free gift to you:

For you are saved by grace through faith, and this is not from yourselves; it is God’s gift—not from works, so that no one can boast (Eph 2:8-9).

Ask yourself this question: does God give because He’s forced to?

No. No one can force God to do anything.

Does God give because He’s been manipulated into giving?

Also, no. God knows your thoughts and plans better than you do. You cannot outmaneuver Him.

So why does God give? He gives freely—out of love for the people He created.

Do you see how knowing that about God changes the nature of financial stewardship under grace? God’s gracious example puts giving on a different basis. Under grace, you don’t give due to threats, force, or manipulation. You give because that’s what grace does—it gives.

Thought for the day: Grace is a giver, not a taker.

Plumbing with Jesus
Are You Treating Jesus Like Supplemental Insurance?
Pray As You Can
1 2 3 … 40 Next »