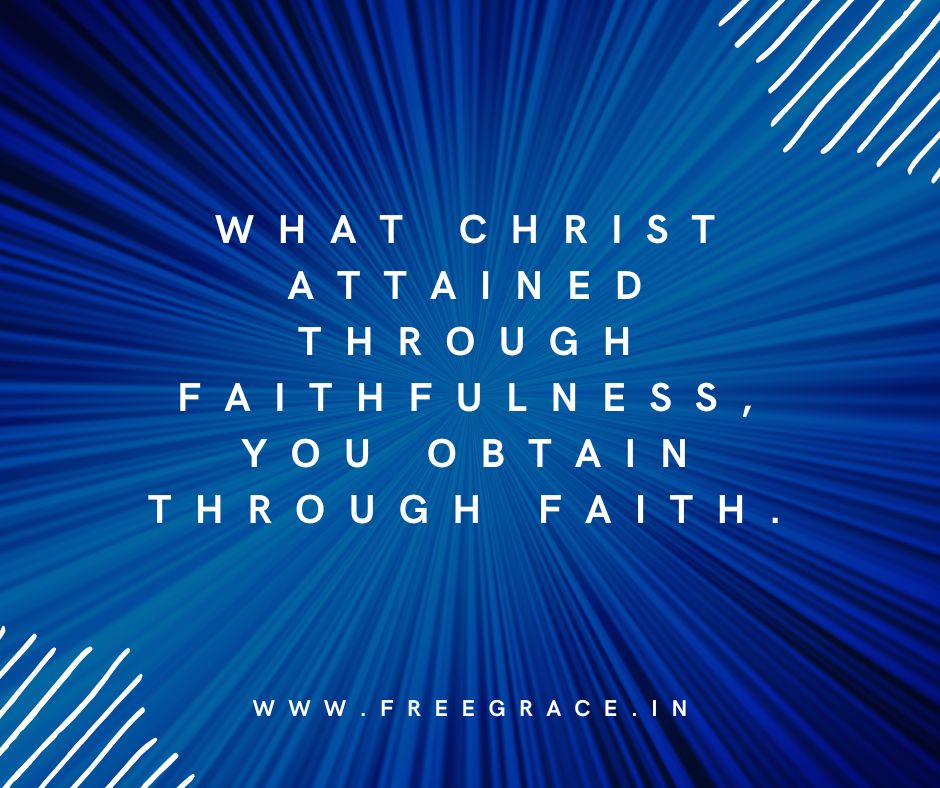 Christ Begins with the Goal

All religions and philosophies have the same fundamental story and structure. As Alfred Edersheim wrote:

“Every moral system is a road by which, through self-denial, discipline, and effort, men seek to reach the goal” (Edersheim, Life and Times of Jesus the Messiah).

Whether Vikings trying to get into Valhalla, Muslims into Paradise, Mormons into Celestial glory, Catholics through St. Peter’s pearly gates, or transhumanists seeking immortality, all religions have a starting point, a goal, and a hard road to travel there. It’s always an uphill climb to “salvation.”

But not with Jesus.

With Jesus, you don’t need to earn the right to become a child of God after a lifelong struggle. He gives you the goal as a gift:

“Christ begins with the goal, places His disciples at once in a position to which all other teachers point as the end. They work up to the goal of becoming the children of the kingdom. He makes men such freely of His grace; and this is the kingdom. What the others labour for, Christ gives. They begin by demanding, He by bestowing” (Edersheim, Life and Times of Jesus the Messiah).

If I can put it paradoxically, Christ begins with the goal, because He Himself is the goal! He gives Himself as a gift because He’s the real goal everyone is blindly struggling to attain.

What are the people of the world trying to accomplish? They’re trying to be righteous. They want holiness. They want redemption. Those are the goals that religion and philosophy attempt to help you attain. But those are all the things that Christ has already become for us:

It is from him that you are in Christ Jesus, who became wisdom from God for us—our righteousness, sanctification, and redemption—in order that, as it is written: Let the one who boasts, boast in the Lord (1 Cor 1:30-31).

Jesus is your righteousness, sanctification, and redemption. And He’s all those things for you through faith, apart from your self-denial, discipline, and effort.

That’s a Savior worth boasting about!