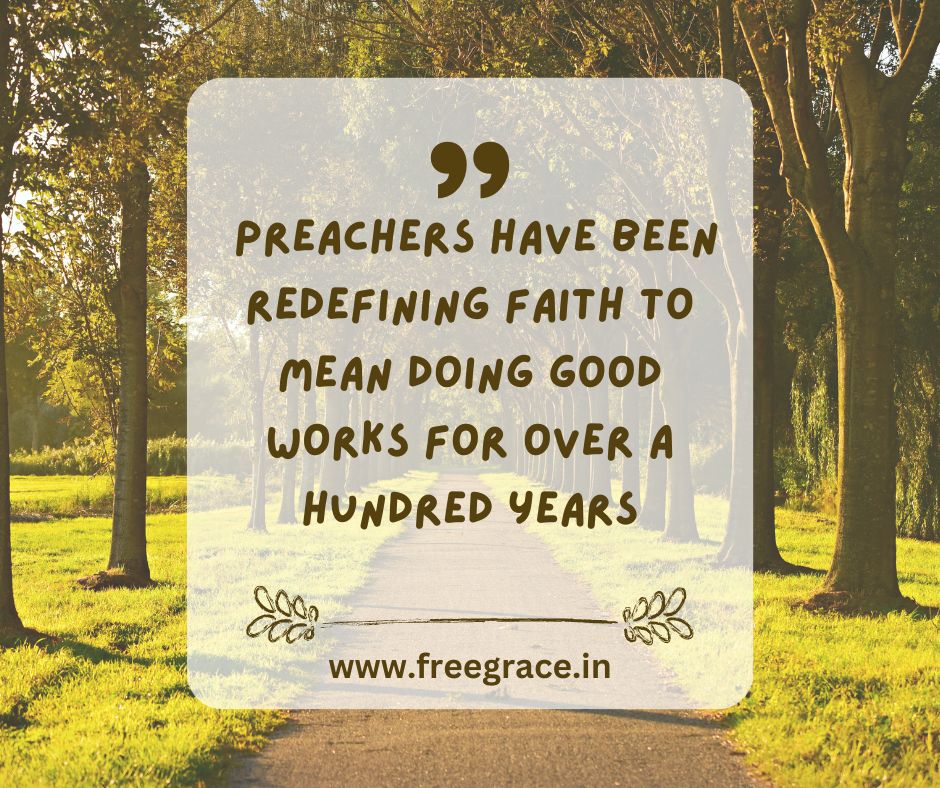 The Old Error of Redefining Faith as Obedience

One of the most common ways of teaching salvation by works on the sly is to redefine faith to mean doing good works. That way, a preacher can claim to believe in “justification by faith apart from works,” but he really means that you’re justified by doing some works but not others. You might not have to follow Jewish ceremonial law, but you must measure up to the Ten Commandments, the Sermon on the Mount, or whatever moral standard he requires.

And yet, I’m hardly the first person to recognize that.

In my devotional reading, I’m going through some classic Keswick authors. And I found that, way back in 1894, Handley Moule—principal of Ridley Hall, Cambridge—made the same observation:

“In later days, the meaning of faith has been sometimes beclouded, till it has seemed, through the haze, to be only an indistinct summary-word for Christian consistency, for exemplary conduct, for good works” (The Epistle to the Romans, p. 157).

Unfortunately, the situation hasn’t improved. If anything, it’s gotten worse. Don’t believe me? To give just one example, a Christianity Today article reports on the views of Matthew Bates:

“He argues that the term pistis, most often translated as ‘faith,’ should instead be translated as ‘allegiance,’ because this concept more faithfully conveys the New Testament understanding. This allegiance has three dimensions: “mental affirmation that the gospel is true, professed fealty [sworn loyalty] to Jesus alone as the cosmic Lord, and enacted loyalty through obedience to Jesus as the king” (emphasis added, see here).

That idea would contradict Paul’s entire argument that absolutely no one could be justified based on their obedience because everyone has sinned and fallen short of God’s glory (Rom 3:23). The fact that no one has perfectly obeyed God is precisely the problem that made it necessary for God to justify ungodly people who do not work, but who believe in Christ (Rom 4:5).

Thankfully, some people recognize the error. As one review article concluded, Bates’ argument “is neither lexically sound, nor theologically coherent, nor exegetically compelling” (see here).

One hundred and twenty-nine years ago, people were redefining faith to mean doing good works. It was wrong then, and it is wrong today. But the good news of salvation in Christ by grace alone, through faith alone, apart from works, is still powerful to save.

Does God Curse Christians Who Don’t Tithe? (Malachi 3:7-12) (Principles of Grace Giving)
Don’t Skip a Step in Your Walk With Christ
Does God Want You to Become Independent?
1 2 3 … 40 Next »

One comment on “The Old Error of Redefining Faith as Obedience”