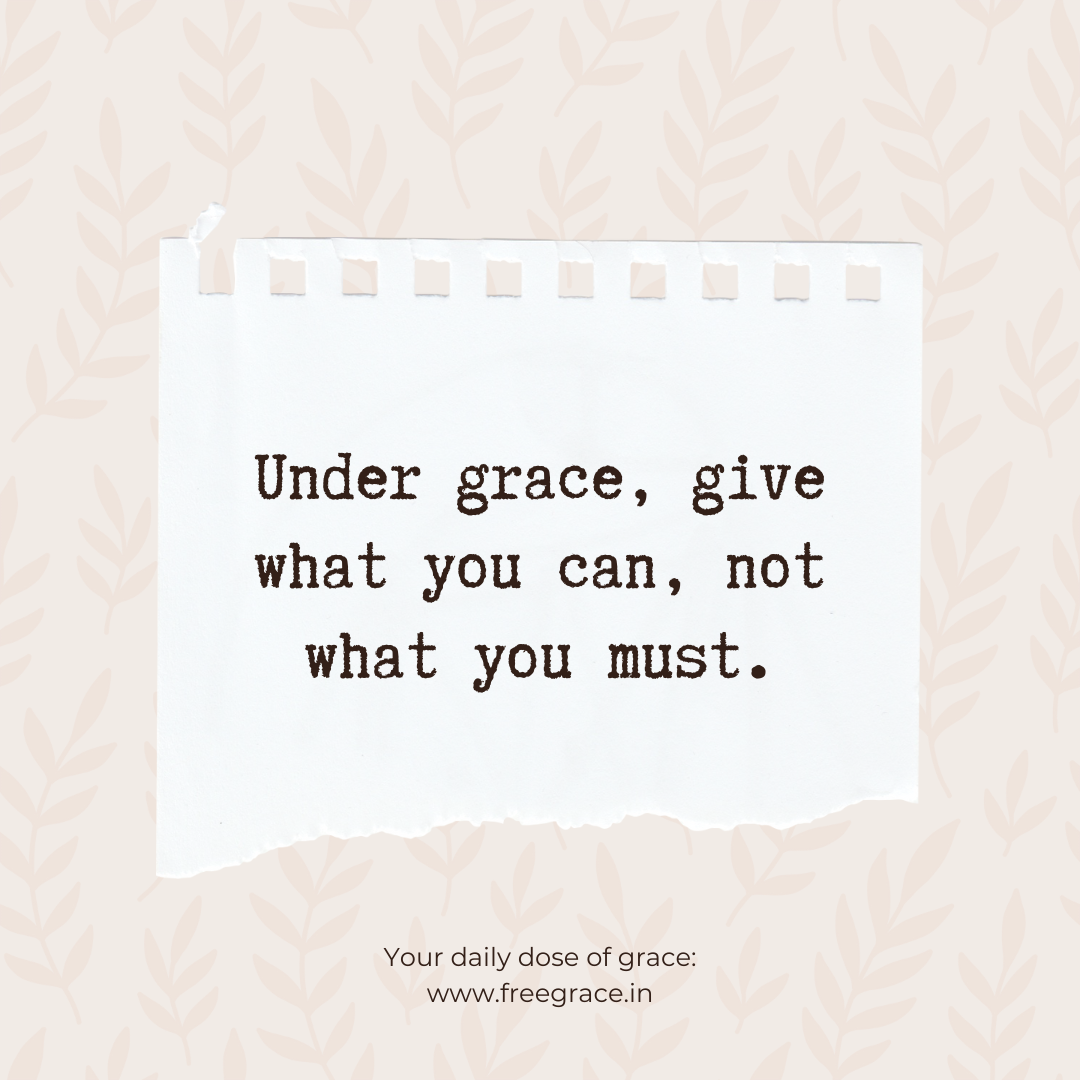 Give What You Can (2 Corinthians 8:1-6) (Principles of Grace Giving)

Under grace, how much money should you give? What’s the rule of thumb? Even if you’re not obligated to give 10%, shouldn’t you at least give that much? Or can you get away with less than that? Is there some way that grace believers can put a percentage on what they’re supposed to give?

Paul mentioned an important principle of grace-giving to the Corinthians:

We want you to know, brothers and sisters, about the grace of God that was given to the churches of Macedonia: During a severe trial brought about by affliction, their abundant joy and their extreme poverty overflowed in a wealth of generosity on their part. I can testify that, according to their ability and even beyond their ability, of their own accord, they begged us earnestly for the privilege of sharing in the ministry to the saints, and not just as we had hoped. Instead, they gave themselves first to the Lord and then to us by God’s will. So we urged Titus that just as he had begun, so he should also complete among you this act of grace (2 Cor 8:1-6).

Paul was collecting funds for the saints in Jerusalem. And he had collected money from the churches in Macedonia (e.g., in Philippi, Thessalonica, and Berea). That was astonishing in itself, because those churches were suffering. Other verses indicate they were being persecuted (cf. Acts 16:20; Phil 1:29-30; 1 Thess 1:6; 2:14; 3:3-4), and that probably led to poverty. Nevertheless, in spite of their suffering, they were full of joy, which overflowed with generosity, and they earnestly wanted to help their brothers and sisters in Jerusalem. So they gave “according to their ability.”

Paul held the Macedonians up as an example for the Corinthians and let them also be an example to us. They illustrate a key principle of grace-based giving: give according to your ability.

The Corinthians had heard that before. When Paul made his first collection for the saints in Jerusalem, he said this:

On the first day of the week, each of you is to set something aside and save in keeping with how he is prospering, so that no collections will need to be made when I come (1 Cor 16:2).

Paul told the Corinthians to set some money aside in keeping with how they prospered.

Under the Law, there were rules, percentages, and calculations that told you what you were obliged to give and cursed you if you failed to give it. But under grace, you’re free. Paul wasn’t looking to collect any specific amount of money or percentage of their income. The Macedonians gave freely, according to what they were able to give, and Paul urged the Corinthians to do the same. That amount differed from person to person. People probably gave proportionately. Those who had more, and who had prospered more, would have given more. But there was no pressure to give, and the percentage didn’t matter. What mattered was the motivation.

How does that apply today?

Some people have the idea that, while we’re not under the tithe in the New Covenant, giving 10% is a good place to start. Some say that’s a new minimum, and you can give more than that, but never less.

I strongly disagree with that kind of reasoning. The Law isn’t the standard for grace. You don’t start with the Law to know what grace requires. After all, would you say that, under grace, you should start by observing the Sabbath and go further by also taking Sunday and Monday off? Would you say that, under grace, not only shouldn’t you eat catfish, but should forbid eating trout and salmon, too? No. That’s the wrong approach.

Thought for the day: Under grace, you give what you can, not what you must.

What’s Driving Your Train?
God Is a Giver
Are Children Blank Slates When It Comes to the Gospel?
1 2 3 … 39 Next »