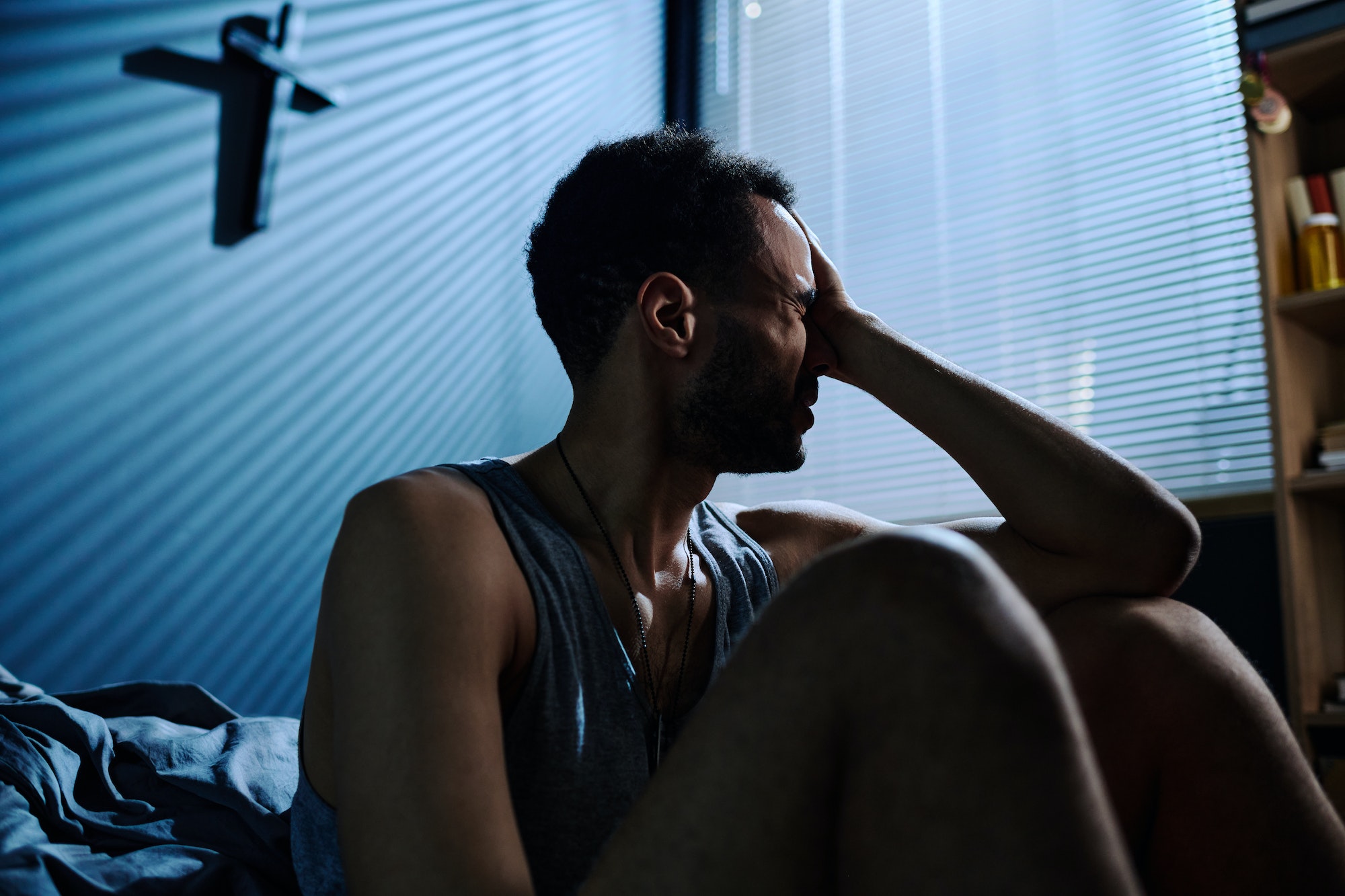 Have You Ever Considered that Worrying Is a Sin? (Matthew 6:34)

I often wake up around 3 am. If I can’t fall back asleep immediately, I’ll get up to read, write, or pray.

But sometimes, I wake up with my mind racing.

Late last month, I woke up, and worries flooded my mind, my chest tightened, and I started overthinking all the potentials, possibilities, and pitfalls of the next twelve months. I couldn't get back to sleep. I prayed for direction, answers, and for plans, but none came. So I lay there, stewing in worry.

This has happened to me many times over the years, and when I wake up with those kinds of worries, I’m usually done sleeping for the night!

But that night, I suddenly remembered a snippet from a sermon. The preacher (Peter Reid?) referred to a familiar passage in Matthew where Jesus taught about worry. That passage of Scripture caught my attention as a seventeen-year-old and made me begin to wonder who Jesus was. The Lord said:

“Therefore don’t worry about tomorrow, because tomorrow will worry about itself. Each day has enough trouble of its own” (Matt 6:34).

I know that passage well.

However, the preacher made the point that Jesus forbade worrying about tomorrow. It was enough to deal with today’s troubles, so “don’t worry about tomorrow.” I knew that. But the preacher pointed out that worrying about the next day—or the next month, or the next year—was a sin. “Don’t worry” means Thou shalt not worry. So if I insisted on worrying, then I insisted on sinning. That was new.

As I lay in bed struggling with worry, the thought that my worrying was a sin came as a thunderclap. I suddenly saw what was happening in a new way. I assumed that my worrying was innocent and that the solution to it was to get a clear direction from God. But if I was sinning against the Lord by worrying about the future, then that had to be dealt with in a different way.

I know there is victory available for every sin. And I know that struggling against them in my own strength only leads to defeat (see Romans 7). The only way to win against sin is to have the Lord beat it for you. As John E. Hunter explained so clearly:

“When old temptations come with their seductive attractiveness, I must not go out to meet them in my puny strength; I must commit it to Him in a quiet simple prayer. ‘Dear Lord, this temptation is too great for me to handle. I can only fail, Dear Lord; meet this for me in Your strength.’ Then leave it to Him. He will gain the victory through your yielded life” (John E. Hunter, Living the Christ-Filled Life, p. 48).

Since learning and applying that simple truth, I’ve experienced how the Lord wins the victory over my temptations and sins again and again. So that night, as I lay in bed, convicted that my worries about the future were a sin against the Lord, I brought that sin to Him, confessed my helplessness to defeat it on my own, and rested in Him to get the victory for me.

And once again…He did!

I don’t remember precisely what happened, but after praying, my thoughts turned to other things, and before I knew it, I was fast asleep. When I woke up that morning, I knew exactly what the Lord had done for me. If you’ve ever experienced sleepless and anxious nights, you know what a sweet deliverance that can be, and I praised Him for it!

Do you struggle with worries about the future? Have you considered that those worries are not innocent but are actually sins against the Lord, who explicitly told you not to worry about tomorrow? If so, the answer is not to get insider information about the future but to repent of the sin and rest in Him.

Thought for the day: Don’t worry about tomorrow because today’s troubles are enough, and Jesus is more than enough for your troubles.

Performance-Based Vs. Promise-Based
You Can’t Depend on Christian Service to Be Your Strength
Can You Study Theology and Forget Jesus? 
1 2 3 … 27 Next »